Finally it was time to introduce the torch again. When I first started developing the game I made sure the lighting effects for the torch were exactly right, since then I’d disabled the torch and built everything else. So, naturally when I dropped the torch pick up item into the game I expected everything to work. Well it didn’t. Probably because of the amount of other bits and pieces that have affected how the player works. After some fiddling around and changing the way to the torch is created it was back up and running – hurray! Although I might tweak it’s light beam colour and strength. 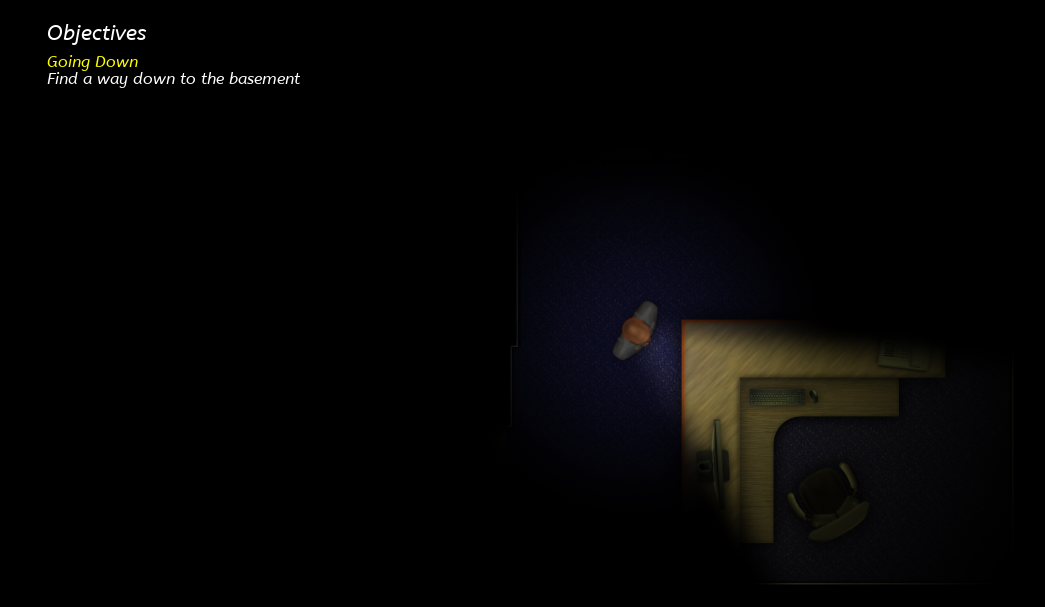 With the torch in I can now proceed with the next major chunk of the first floor.

However, it became evident now that I have started to explore the west side of the floor that the map was way too large. The distance from the first double door puzzle to the door on the other side was just too long and it felt to slow getting there – even whilst running!

So, I made the decision to redo the west side of the map. Cutting out a large section in the middle, moving over all the floor tiles and wall tiles, and finally adding in all the collision rectangles and objects again. It took a while but it should make the map more claustrophobic in the long run.

A couple of new bugs have snuck in so I will need to resolve those during the next session. The double doors seem to want to open in opposite directions. And the second keypad (on the other side of the wall) doesn’t work at all because the sprite is flipped. This is probably because the interaction detection doesn’t know how to handle negative coordinates. Should be a straightforward fix though.

What’s in a name?

As some of you may have noticed over the last few posts I’ve been toying with a name change for the game. ‘Ascent from Madness’ is the current work in progress title (or possibly: Ascent from Madness: The Asylum). Although I’m not 100% sure about it. If you guys have any suggestions please post a comment on the facebook post.