Welcome to 2020. Development has restarted for Asylum and I hope to have a proper update for you next week. This week I’ve been putting together a list of the bits and pieces I need to do next, this mainly includes replacing older graphics with final versions just to make everything look as best as… [Read More]

This week I had a number of tasks I wanted to get done, but as usual things go sideways and a few important bugs need to be dealt with. The game saves were playing up which meant that some game elements were not in the correct places when a game was reloaded. I wasn’t happy… [Read More]

Continuing from the development last weekend I decided to look around and see what options I had available for creation the characters faces. As the game is top down you don’t actually see the faces of anyone during the game play (excluding dead characters lying on the floor), but I wanted to have profile images… [Read More]

One addition I’ve been thinking about for quite a while is the inclusion of images next to the dialogue sequences. So that when you’re speaking to a character you can see a profile picture when they talk. Or, if the person isn’t known to you, for example the person talking through the intercom system, I… [Read More]

This week saw a bumper 4 days of development work on Asylum. As per my previous posts I’m in clean up mode where I return to look through the completed parts of the game and see what can be cleaned up or improved. The first port of call this week was a glitch with my… [Read More]

After last weeks very successful debug session I wanted to continue looking through the heavy functions and routines to see if there were any others that could be improved. First up was my player interaction script. This script is attached to objects that the player can perform an action on, be it a door or… [Read More]

This week my goal was to run the extremely useful profiler on Asylum and see what I can do to optimise the code. First up is the light drawing routines. This is the heaviest code in the game because it has a lot of calculations to do. When the light engine (Aura2) was released there… [Read More] 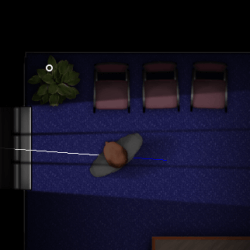 This week saw a 5 day development cycle that allowed me to concentrate on more tweaks to the lighting system in Asylum. The first thing I wanted to do was to see if switching out the surface based lighting engine (Aura2) with a shader based engine would yield any performance improvements. After taking a day… [Read More] 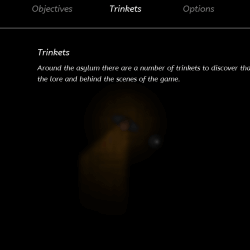 This week was more of a bug fix session than I’d expected but I did add in one new feature that has been needed since I added collectibles to the game. Previously you’d find a collectible, read the text (maybe) and then close the window, at this point there would be no way to view… [Read More]

After the last two weeks of real life distractions I’m back on Asylum development. I’ve realised that the final basement part will require a feature that GameMaker Studio 2 doesn’t have at the moment, however it should be dropping in the last quarter of this year, which means there shouldn’t be a long wait now.… [Read More]