This week, as seems to be the norm at the moment, was a disrupted one; but there is a May bank holiday weekend coming up so I should be able to dedicate more time for development next weekend. This weekend I’ve been trying out a different lighting engine, with limited success. I managed to get… [Read More] 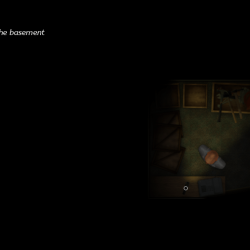 I decided to take an easy week this week and so I spent most of the time creating new environment sprites: hammers, workmen’s helmet, gloves, spanners, mallets, crates, shelves, etc. These are not items that the player can pick up but are necessary for adding detail to the world to make it more believable –… [Read More]

There were a few bugs left over from last weekend that needed to be resolved. The main one was the keypad sprite not being interactive if it was flipped on the other side of the wall. This was purely because the pivot point for the sprite was on the left, so when the sprite was… [Read More] 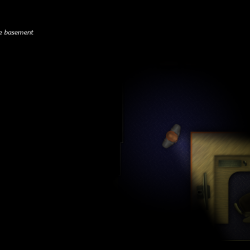 Finally it was time to introduce the torch again. When I first started developing the game I made sure the lighting effects for the torch were exactly right, since then I’d disabled the torch and built everything else. So, naturally when I dropped the torch pick up item into the game I expected everything to… [Read More] 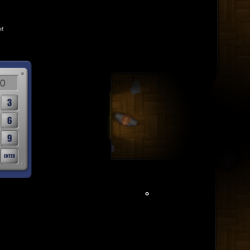 Finally a chance to get stuck in to a multi-day session of development. This Easter weekend has seen a great deal of work being completed on Ascent from Madness. So let’s get stuck in… Key Pad Doors One of the first puzzles the player will come across will be the numeric key pad to access… [Read More]

Shorter development session this week as I had a few jobs to do around the house. There were a couple of smaller things I wanted to address. The first item on the list was movement speed. Up until now our player has been content walking his way through the corridors of the asylum, well now… [Read More]

Sneaky little bugs that appear out of nowhere and cause endless problems. The bane of the developer. This week I concentrated on fixing a few of the issues that had arisen over the last couple of weeks. First up was the Load Save issue whereby, it appeared, that when the game continues from a save… [Read More] 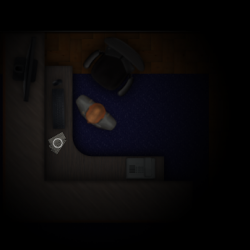 This week has involved some very complex routines. After last weeks problems with the save game routines I set out to resolve the issue as it would be very important going forward to be able to save the game and then reload it and continue where I was. This is very handy for testing as… [Read More]

I’ve decided to compile a single weekly update rather than one per dev day. Makes life easier and these diary entries should be more meaty. This week I’ve been concentrating on a few different aspects. Firstly I’ve been putting together some new sprites and tiles to use in various locations on the first floor. There’s… [Read More]

Illness has struck, probably due to the continuous cold and wet weather here in the UK. So, my progress has been hampered. Today I was looking around for some seamless textures and tiles for the various floorings I will need. However, I did find one bug that I wasn’t expecting. My swinging door (in fact… [Read More]